Statement by a Catboy Presently Exposed

I only know a cruel God. His love is our ouroboros.

Twenty-two years ago, our founder Talented Catboy discovered the sad truth about Earth. Then a horrible thing happened. An unspecified traumatic event left a scar on Talented Catboy’s vessel that never healed. His only choice was ascension. But it was really just a way to kill time.

Five years ago in 2016, he fatefully met the messenger angel Astrolomage Catboy in an internet café. This was when Catboys Exposed was conceived and our split from the dominant branch of Catboy Church began.

My duty is to preserve not only Talented Catboy’s memory, but also the memories of everyone else before we evacuate Earth. What you call the cosmos is our final destination — we call it a Living Outerspace Valhalla Of Empathy aka LOVE. Our predetermined LOVE has been given the name Level Above Bitch.

Life after death can be beautiful. But beauty alone isn't the reason our LOVE anticipates our meeting with the Evolutionary Beauteous Otherkin Youth. Astrolomage Catboy has greater plans for us among the EBOY besides dying.

Consider my voice that of a collective entity rather than a monolith for those believing in the Astrolomage Catboy. I'm Didactic Scribe Catboy. Greetings.

My words speak only for the broadest interpretations of Talented Catboy’s writings. Every student makes his own conclusions before meeting Him in our LOVE. A catboy's reality and fantasy is an ouroboros, too.

What exists beyond vocabulary and language is the essence of His Caring and Nurturing. In this life, we were born to serve His mission. In the next, we shall seek closure for all catboys tortured by the cruelty of desire, greed, and impulsive elimination of emotion. 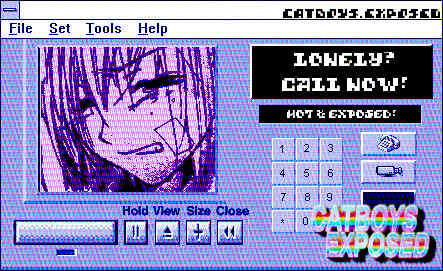 The Life of Talented Catboy

Talented Catboy was an intelligent and handsome catboy born in REDACTED. From an early age, he pursued studies in global esoteric religion. In capitalist civilizations, "esoteric" is verbally executed like a stab to the heart. However older cultures consider the boundaries of esoteric and exoteric to be porous. But even a child knows we don't live in a black and white world. I cannot summarize both Catboy Church’s beliefs and those of Catboys Exposed. Just know both believe in a holistic split between catboy's body and mind. We either consider this violence or a burden.

For Talented Catboy, his frustrations with language became a violence devouring his body. A disease. Autophagy and entropy are our enemy. We could either be molested by the abuse of material soma, or summon intergalactic psychopomps to lead us towards our utopian LOVE. We materialize LOVE with language.

Talented Catboy joined our parent organization, Catboy Church, in his early twenties and left a decade later. The current Catboy Church is not what it used to be. They have chosen soma instead of choosing LOVE. Talented Catboy took what he considered to be the core principles of Catboy Church and formed this esoteric protestant denomination — Catboys Exposed. 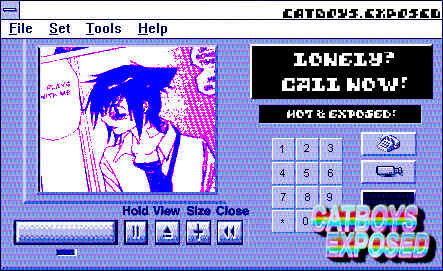 Calling anything esoteric is considered unsavory among society's leading belief systems. The word comes from the Ancient Greek esōterikós which means "belonging to an inner circle." It doesn't have any negative connotations until it's associated with malicious actors. Talented Catboy’s teachings tell us everything is esoteric when stripped of context. He said this flawed etymology diverts any suspicion of inauthenticity to a different suspect: the concept of a living circle.

Stay with me. Both Old English's circul and Latin's circulus have both referred to astrology and collectives. There is something cosmic about becoming eccentric. To pierce the circle, you need to be simultaneously here and over there in the stars. Why must we distinguish our vessel flesh from the ethereal EBOY preceding us? Why aren't we all wailing in the same tongue? We were robbed of telepathy from a shared spirit. Earth's coercive vessel-language is a razor against our wrists. Our circles need transmutation to reintegrate the symbols and meanings we no longer remember. 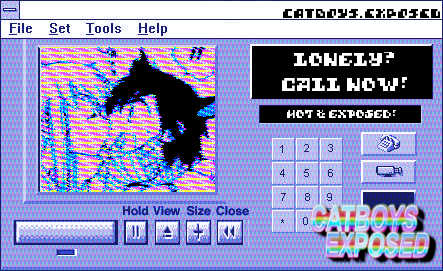 The Utterance of Catboy

Please be sympathetic to our Grammar of Mind aka GM. Every catboy’s GM is vital to our survival. It enables the Utterance of Catboy aka UC which allows our vessels to safely engage Earth. The Utterance of Catboy expands the linguistic utilities of interspecies etymology from ranks one to five. No rank five catboys exist on Earth. In order to speak the naturalized tongue of a catboy — i.e master the Utterance of Catboys — evolution into a Beauteous Otherkin Youth is required. Every Exposed Catboys wants this. It's a concept unique to our sect.

A fully realized Grammar of Mind means healing a traumatized interior spirit and exterior vessel. Therefore, Spayed and Neutered vessels aka SNS cannot be accepted into Catboys Exposed. It was Astrolomage Catboy who gave Talented Catboy access to the Evolutionary Beauteous Otherkin Youth, who have been so kind to share this wisdom with us.

Yes, this means you don’t technically need to REDACTED Astrolomage Catboy to attain rank five. But if you DO REDACTED him, please say hello for me. I won’t be leaving any time soon... 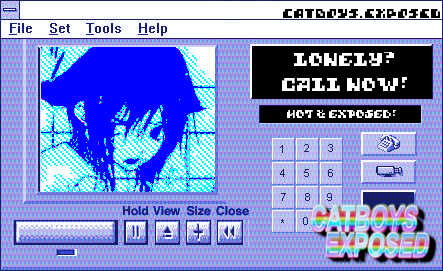 Once a catboy accepts his right to LOVE, Astrolomage Catboy's guidance, and the superiority of Evolutionary Beauteous Otherkin Youth, he initiates CATBOY EXPOSURE.

The sex of Astrolomage Catboy is described as male in the canonical texts. But He is occasionally known to embody an androgynous form when His Grammar of Mind shines brightest. Because of this, we also refer to Astrolomage Catboy as "LOVE’s Heavenly Messenger" when appropriate.

Every morning, Exposed Catboys pray at our shrine dedicated to Talented Catboy. Next to the shrine is a framed portrait of Astrolomage Catboy. A skilled artist during his vessel-time, Talented Catboy left us many such relics before his ascension. We decorate it with flowers and light incense at 6AM. The proper prayer stance requires wearing the ceremonial ears and bowing. Looking directly into the idol Astrolomage Catboy's eyes is forbidden.

In the afternoon, Exposed Catboys participate in outdoor classes taught by rank three and above members. These juniors study Talented Catboy’s manifesto and transcriptions from his original encounter with Astrolomage Catboy in the Chatroom of Enlightenment aka CE twenty-two years ago.

They've since filed a restraining order against our organization. 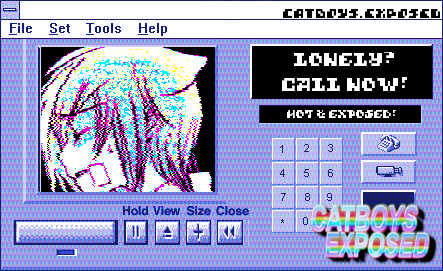 Do We All Need LOVE?

Our final sabbath will of course be the day every Exposed Catboy evacuates Earth. We are not naïve and know Earth's population will continue growing — therefore we’ve began organizing an “Away Team” who will not evacuate this cycle. The rise of our enemy REDACTED within the Catboy Church demands such drastic measures.

Please remember that transcendence is not an excuse to carelessly evacuate a vessel for LOVE. We do not approve of REDACTED under our name. “Away Team” scholars such as myself theorize that a resurrection of Astrolomage Catboy on Earth is inevitable. There are many ways to perpetuate the momentum of His circle so it may forever spin round and round until He returns in a new vessel.

Earth is a sadistic planet of pain. Exposed Catboys who purify their Grammar of Mind and master the Utterance of Catboy cannot ethically be withheld from their right to evacuation. We aspire to reunite every Exposed Catboy with their respective LOVE. We will rescue every robbed intergalactic adolescent from pain until Earth forcibly extinguishes us. Our exposure will not be silent death. Our LOVE is an ouroboros without a head to maim.

| To Access Our Online Book How and When CATBOY EXPOSURE May Be Entered |
| Talented Catboy's Intro: Our Purpose —- The Simple Spinny | Statement by a Catboy Presently Exposed |
| Last Chance To Evacuate Earth | Planet About To Be Recycled |
| Overview of Present Mission | Last Chance To Advance Beyond Catboy |
| Our Position Against Hypnocatboy | How a Member of the Evolutionary Beauteous Otherkin Youth Might Appear |
| Connecting Links | Privacy Concerns |
| Back to Bookmarks | Top of this Homepage